Karma at its best

BUT remember this is only for the karma which is not so powerful.  There are type of a karma which is way more powerful & releasing a powerful energy than any other karma, which call most dangerous 5 cardinal sins / 5 Transgressions.

These are known as the five severest offenses in Buddhism.

Great Samma Sambuddha said person who did these five Karmas, will not get rid from four hells & get pains for long infinitive time in hell. Other all Karma can be changed with own persistence & work hard.   But these five great sins can't be cut off any way except those are removing by own suffering in hell.

Even after releasing the punishments from hell that person has to suffer through various kind of suffering according to the 5 Transgressions he / she did.

As we all heard the one of the best example is Great Arihat Mugalan thero.  The great Arihat has to beaten by some of the thieves and get killed because of the previous major karma he done by killing his parents.

And also the monk Devadatta has done 2 of them and supported to another one.  The result was he directly dragged in to one of the most powerful & worst hell call “Avici”. 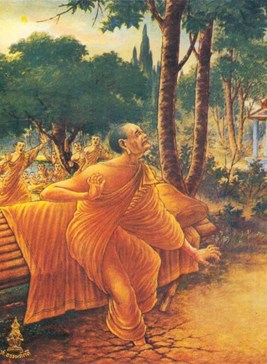 When someone dies his final energy packet of mind focus relevant Karma & next energy packet create according to this Karma which is give birth in next life.  So this is the way how one get "World" & "Type of Being" according to Karma.

Through the cause & effect theory & other Dhamma theories we can discuss more about karma.  For this section I think it's enough of explaining as you already got the basic idea about karma.