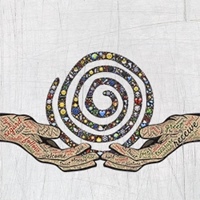 Most of the time I meet people who attracted to Buddhism because of the magical powers they can achieve. They just love to follow the people who have magic through Buddhism.

Yes, the deep Buddhist teaching is the only thing which reveals the real magic within.  But if you seek for something unknown or magical about the universe without realizing the essence of deep Buddhism you won’t be able to get it right.

Because the facts are just facts.  Either you will believe on them or you won’t.  So, as you see there can be lot of facts shared about this topic with related to Buddhism, and it’s easy to learn them too as facts.

But that will purely depend on the way you accept it or believe it.  So, that means you won’t be able to understand the phenomena of magical things or unseen things shared in deep Buddhism in its real form.

Then the answer for your search will be either Buddhism is too good which explains everything or else Buddhism is so immature and fails to explain magical or unseen things, and doesn’t even have a logic on its explanations.  That’s the results going to be.

You will be ended up again with the two extremes which you shouldn’t be and you wouldn’t even know it.  And won’t be able to touch the middle path which explains in deep Buddhism.

So, as you see identify the real purpose of having Buddhism to your life wisely, is highly important!